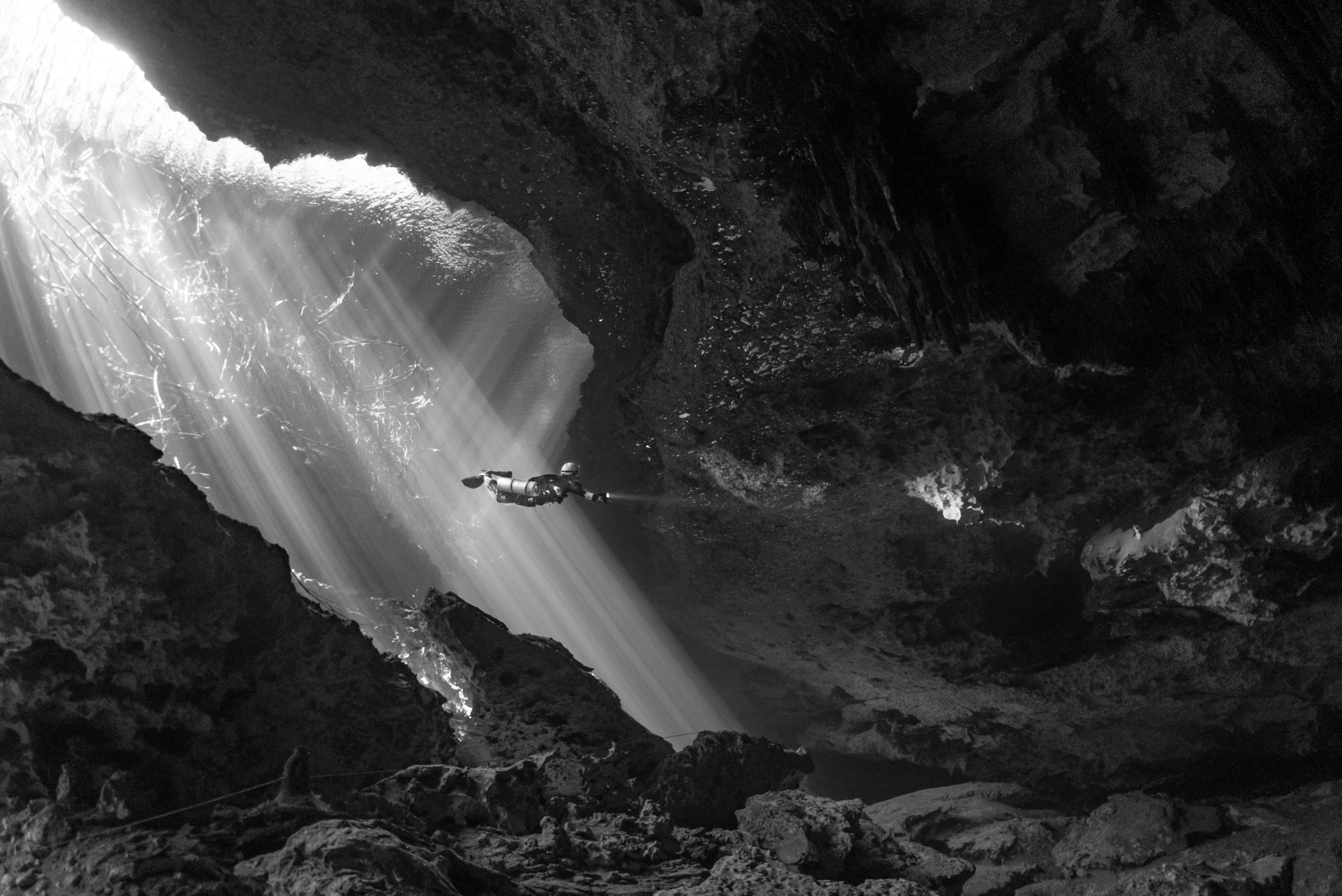 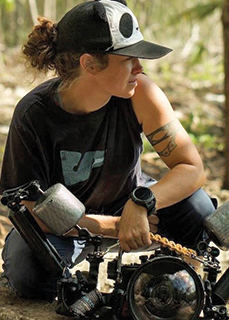 I shot this set of images of my former student Bre Kramer over the course of three dives, one at the Cenote Ponderosa cavern line, one at Parker's Line in Cenote Nohoch Nah Chich, and one at Cenote Minotauro. In Cenote Ponderosa, I used natural light only, and at Nohoch Nah Chich and Minotauro I placed video lights strategically throughout the cave. The images were captured on a Sony A7SIII with Nauticam WACP port, ISOs ranging from 12800 – 16000, 1/125, F4.