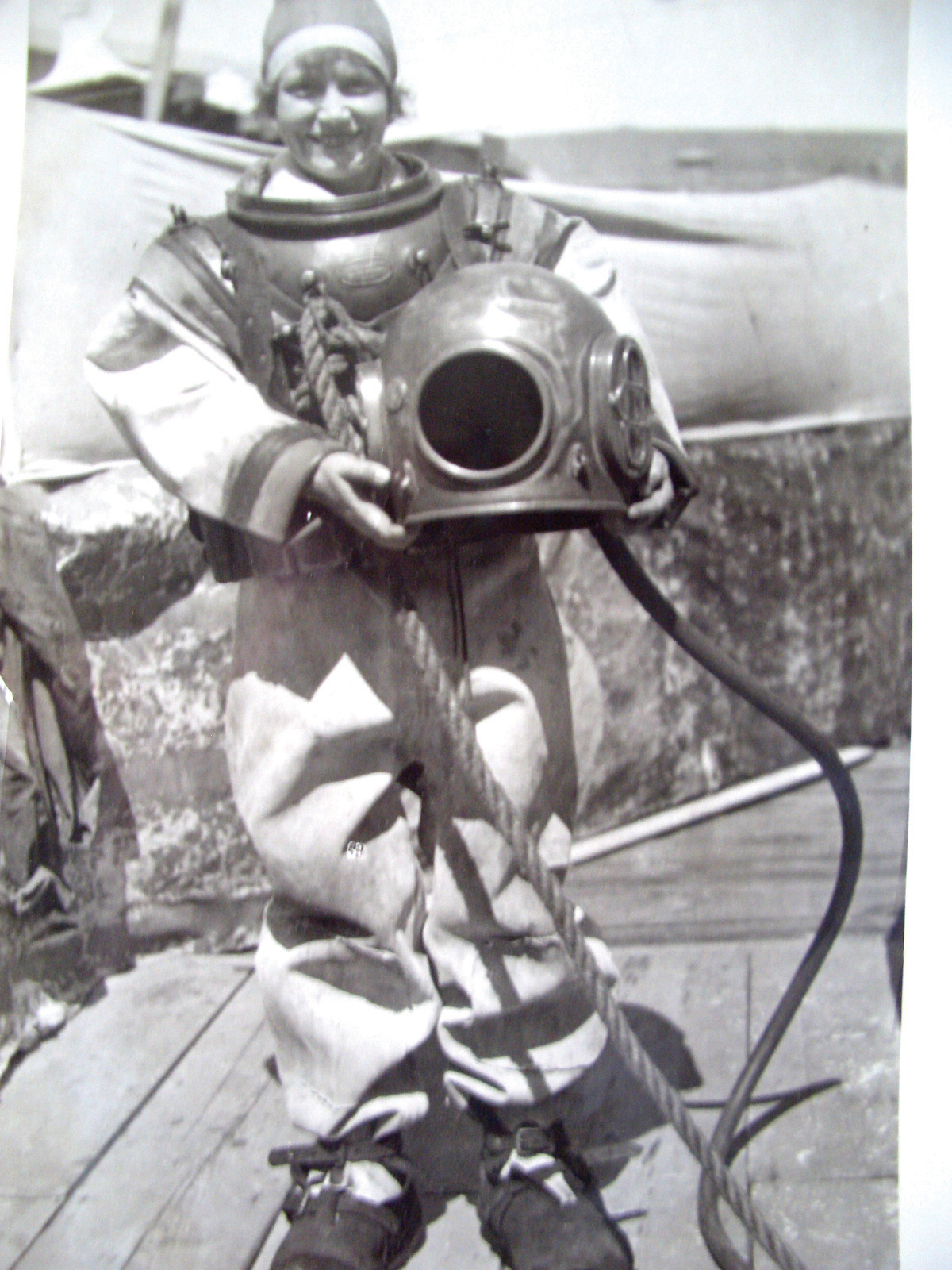 (deceased) Amelia was a 1920s pioneer in early hardhat diving, along with barnstorming as a wingwalker stunt woman, actress, and WWII WAC nurse. Her father ran a diving operation servicing the oil industry in Simi Valley, and he taught his two daughters to dive and work as hard hat divers. His operation included both hat and bell divers, and Amelia did both, eventually earning world records for her dives of that period. Fearless" (as described by the press of the day) and of appropriate size for pipe work at about 5’1" and 118 lb her main claim to fame was a 162’ dive into a 24" pipe to retrieve tools other divers dropped that would have no doubt blocked the drilling operation. She made five dives into the pipe (getting stuck once) but ultimately brought up all the tools. She did this weighing 118 lb wearing full diving dress which weighed 446 lb. On one dive she was down 5 hours. At the time she was known from coast to coast as a gutsy hard hat diver and described as having a "reputation as such which is reached by no other woman." At the time she was diving during the "roaring 20’s she was a also a wing walker on bi-wing airplanes of that era for air shows various air shows and worked in moving pictures" including an underwater film "The Perils of Pauline." Her other service to the community and to the war effort were also exemplary and cited by the press of the day."