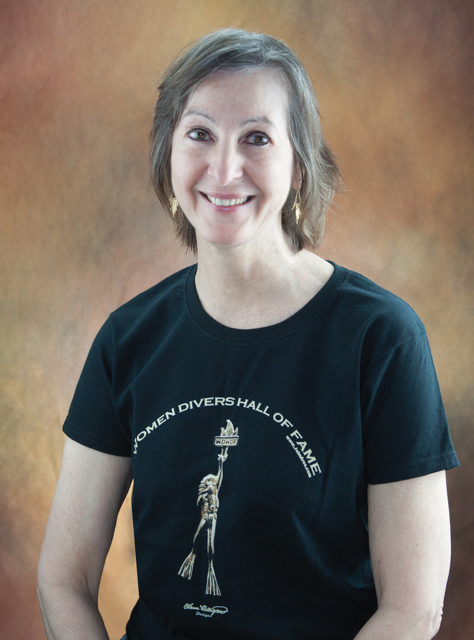 Anita began scuba diving in 1970. She became a NAUI Scuba Instructor in 1976 and later certified as a PADI Master Scuba Diver Trainer. She taught scuba for 26 years. Anita has master and doctoral degrees in marine biology and conducted post-doctoral research in aquatic toxicology. She has 42 years experience as a marine environmental scientist and worked for academia, government, and industry. Anita studied fish taxonomy and behavior with Dr. Eugenie Clark in Japan, Mexico, and the Red Sea. She was a research diver for National Geographic's Sleeping Shark Expeditions and the Mote Marine Laboratory Expedition to the Solomon Islands. She also participated as a research diver for the U.S. Environmental Protection Agency, several universities and industry. Her research at the Smithsonian Museum resulted in the discovery of five new fish species. She spent a year working in the U.S. House of Representatives as a recipient of a Sea Grant Fellowship provided to research seafood labeling and inspection standards. She served for five years as an industry technical representative for the United Nations Environment Programme-World Conservation Monitoring Centre's Proteus Partnership for improving marine biodiversity data. Anita has dived in 22 countries and regularly gives presentations on marine life at Beneath the Sea.