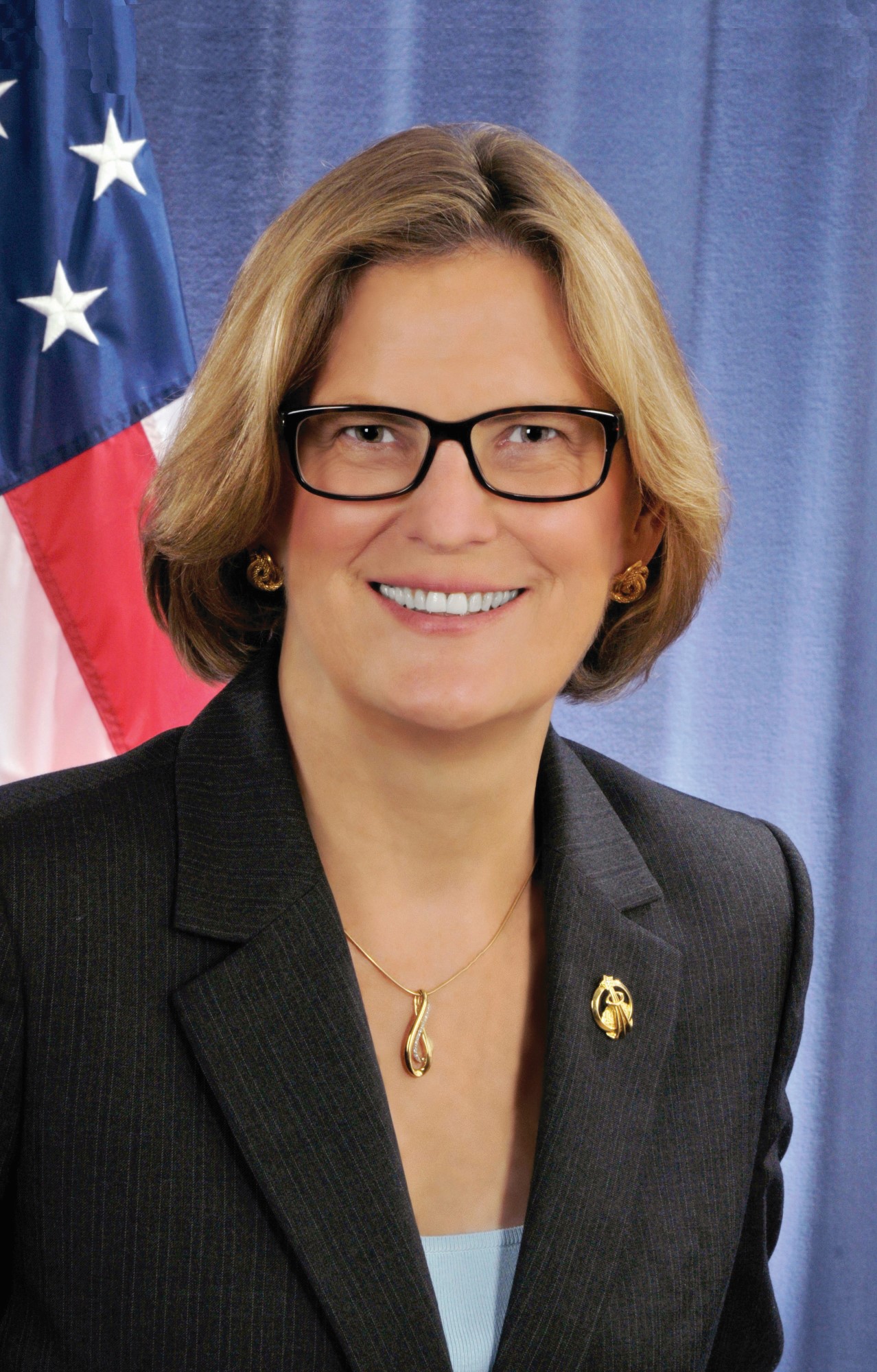 Kathy received her doctorate in geology from Dalhousie University (Halifax, Nova Scotia) in 1978. She has been awarded honorary degrees by Kent State University (2002); Ohio Dominican University (1998); Stevens Institute of Technology (1992); State University of New York, Utica (1991); Dalhousie University (1985). Her doctoral studies included participation in a variety of oceanographic expeditions, under the auspices of the U.S. Geological Survey, Wood’s Hole Oceanographic Institute and the Bedford Institute. Her research included the Mid-Atlantic Ridge, the Newfoundland Basin and fault zones off the Southern California Coast. Kathy is the first American woman to walk in space and she is a veteran of three shuttle missions. She is a 2004 inductee to the Astronaut Hall of Fame. Leaving NASA to accept a Presidential appointment to the post of Chief Scientist at the National Oceanic and Atmospheric Administration (NOAA), she oversaw a wide array of research and technology programs ranging from climate and global change to satellites and marine biodiversity. Kathy has served on the Pew Oceans Commission, whose nationwide study and subsequent report, America’s Living Oceans: Charting a Course for Sea Change called for immediate reform of U.S. ocean laws and policies to avert the decline of ocean wildlife and collapse of ocean ecosystems (2000-2003). An oceanography officer in the U.S. Naval Reserve from 1998-2006, she served on the Chief of Naval Operations Executive Panel from 1988-1996. She is also a member of the Woods Hole Oceanographic Institution, the Explorers Club, the Society of Woman Geographers and Association of Space Explorers. She served as President and CEO of COSI (Center of Science & Industry) in Columbus, Ohio, and as the inaugural Director of the Battelle Center in the John Glenn School of Public Affairs at the Ohio State University. In 2011 Kathy returned to government service as the Assistant Secretary of Commerce for Environmental Observation and Prediction and Deputy Administrator of the National Oceanic and Atmospheric Administration (NOAA). In March 2014 , she was confirmed by the Senate as Under Secretary of Commerce for Oceans and Atmosphere and NOAA Administrator. Kathy was inducted into the Women in Aviation International Hall of Fame, along with Navy Commander Trish Beckman, who helped repeal the combat exclusion laws for women in aviation, and Retired Coast Guard Vice Admiral Vivian Crea, who was the first woman vice commandant (i.e., second in command of the Coast Guard). As one of our own WDHOF members, she stands in GREAT company!