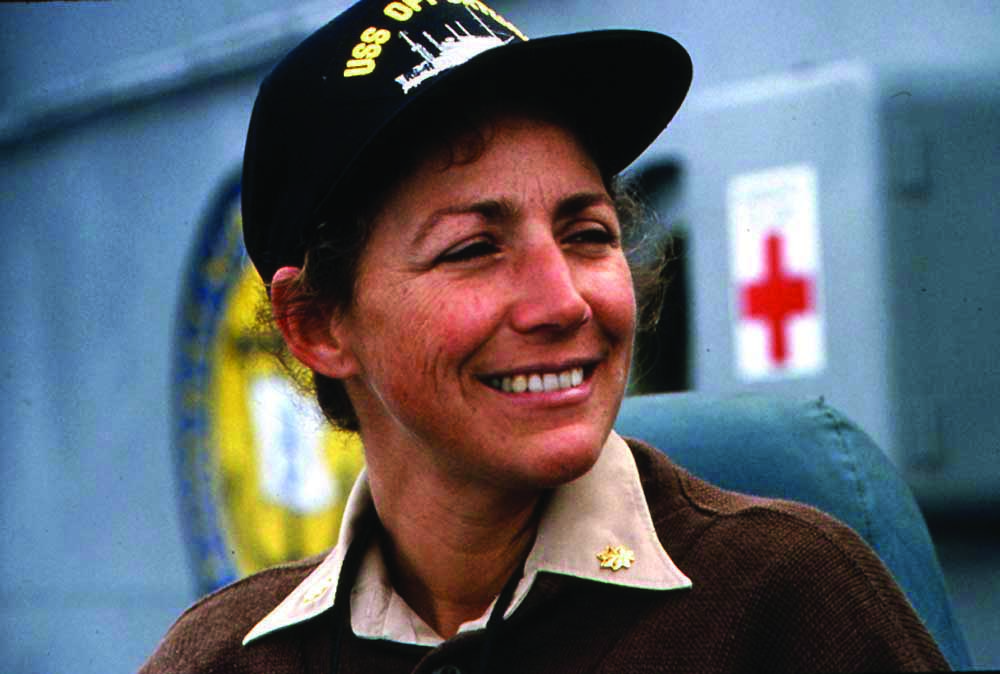 CDR Iskra entered the Navy via Officer Candidate School in March 1979. After completing the Naval School of Diving and Salvage in Washington, D.C. as one of the first female Special Operations Officers, she reported to her first ship, the USS Hector (AR-7) in December 1980. As Diving Officer for the Hector, the only navy dive locker in northern California, she was responsible for the underwater ship’s husbandry of Navy surface ships stationed throughout the San Francisco Bay Area and beyond. During that two year tour, she supervised all of the ship’s underwater husbandry operations; conducted the first underwater propeller change overseas, in Yokosuka harbor, Japan; conducted underwater ship repairs and security swims for the USS Kennedy Carrier Battle Group in Mombasa harbor, Kenya; and successfully ensured the certification of the dive boat’s portable surface supplied air system. During her 21 years in the Navy, she served on four different salvage ships, the USS Grasp (ARS-51), the USS Preserver (ARS-8), the USS Hoist (ARS-40), and the USS Opportune (ARS-41) where she served as Commanding Officer 1990-1993, the first woman to command a commissioned vessel. Throughout her shipboard tours, she was on hand during all diving evolutions, from training to operational dives. While in command, her crew participated in the clean-up in Miami and Miami harbor in the aftermath of Hurricane Andrew in 1992. She retired from the Navy in April 2000. After her retirement, she attended graduate school at the University of Maryland, College Park and received her Ph.D. in Sociology in December 2007, specializing in the Military and Gender, Work and Family.