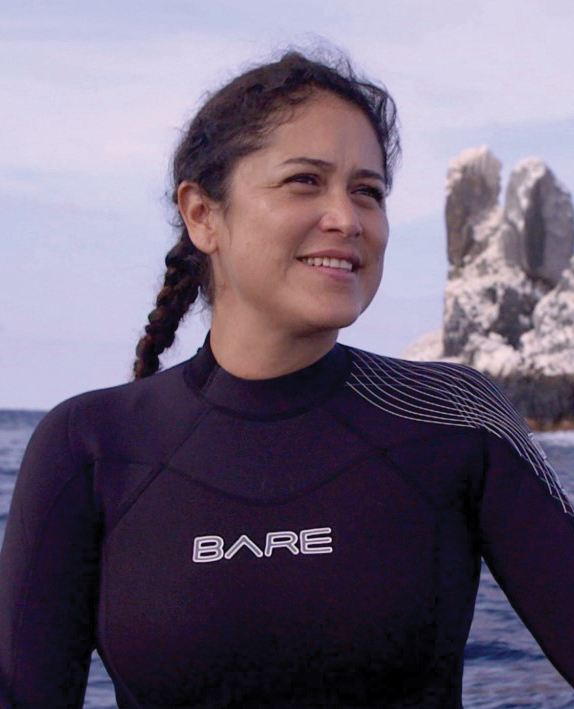 Dení Ramírez Macías is a passionate conservationist, powerful advocate for the ocean, and pioneer in her field. As a scientist, her innovations both above and below the sea have helped multiple NGO’s, numerous scientific publications, advancement in the careers of students, and inspired the future generations in ocean conservation. As a scuba diver, she is applying scientific research methods to her work underwater, most recently by ultra-sounding pregnant Whale Sharks and Manta Rays. Her work is being used to create three protected areas in Mexico. Dení’s research has taken her around the world and her research has been part of several international films, and the National Geographic Discovery Channel.