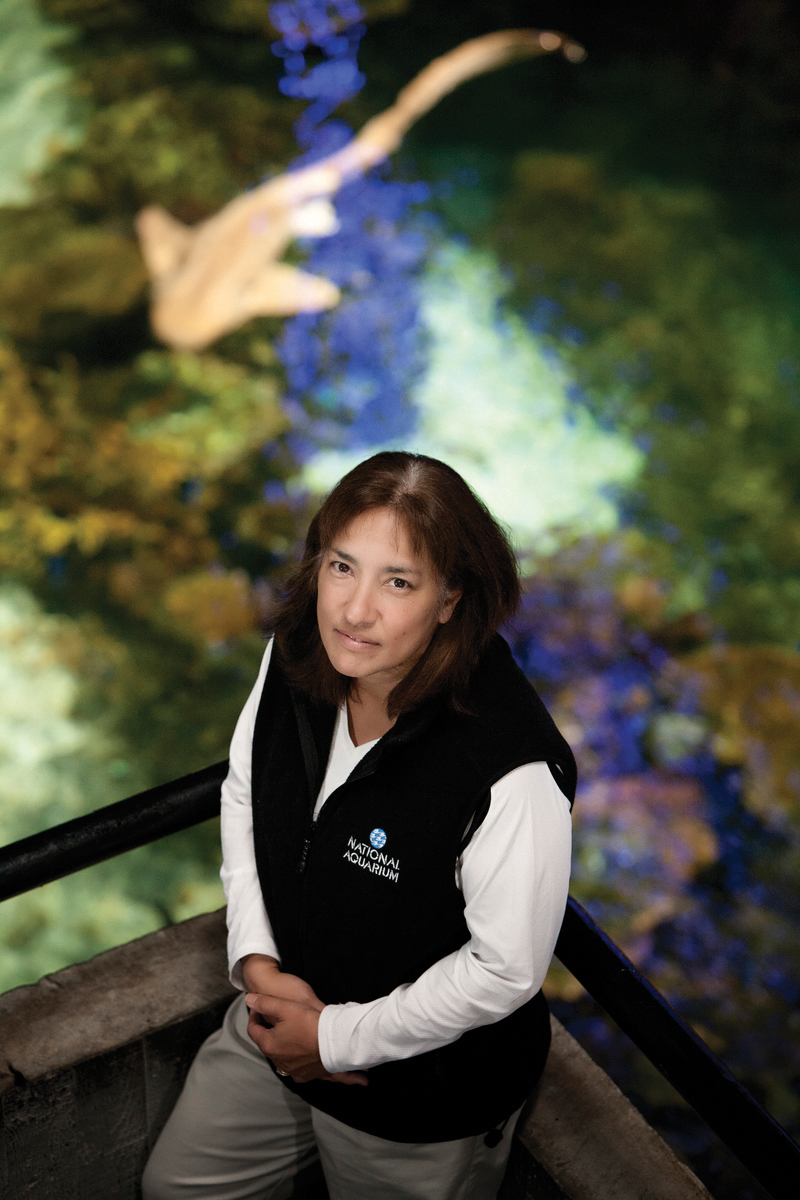 Holly Martel Bourbon is currently the Curator of Fishes/Diving Safety Officer for the National Aquarium in Baltimore, MD. In her current position, Bourbon manages the fish,invertebrates, and elasmobranchs in the Aquarium's collection. In order to do this, she works with 11 staff members and also oversees all of the Aquarium's diving programs. From 1/2006-5/2012, she was the Diving Safety Officer/Biologist at the Massachusetts Division of Marine Fisheries primarily focusing on research diving in local waters. Holly began her career as a diving marine scientist on the New England Aquarium dive team in 1985. She was a Senior Aquarist/DSO at New England Aquarium from 1987-2005. Holly has a long history of public service, developing innovative marine conservation and education programs utilizing her underwater expertise. Her deep commitment to the environment is evident through her work with various conservation groups such as REEF, the New England Aquarium, and as a member of the Bahama Conservation Group. Holly’s diversity is also evidenced through her educational work with divers, from beginners through the most advanced.