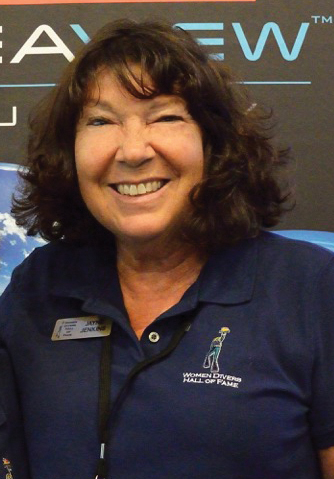 An avid diver and distinguished underwater photographer, Jayne Jenkins set up the PADI Travel Network in Australia, and became a volunteer diver with the Westpac Rescue Helicopter Service in Sydney. Jayne worked as a safety diver and researcher for various underwater film, television and photographic expeditions focusing on diving in the Pacific, including the cave diving spectacular Sanctum." She established the first digital shoot-out competition at Lord Howe Island – now an annual event. As Vice President of the Our World Underwater Scholarship Society in Australasia Jayne has been an invaluable mentor to a lucky handful of scholars. Jayne is currently the resident photographer /consultant with the Catlin Seaview survey which will reveal the world’s oceans and reefs like never before in high-resolution 360-degree panoramic vision."