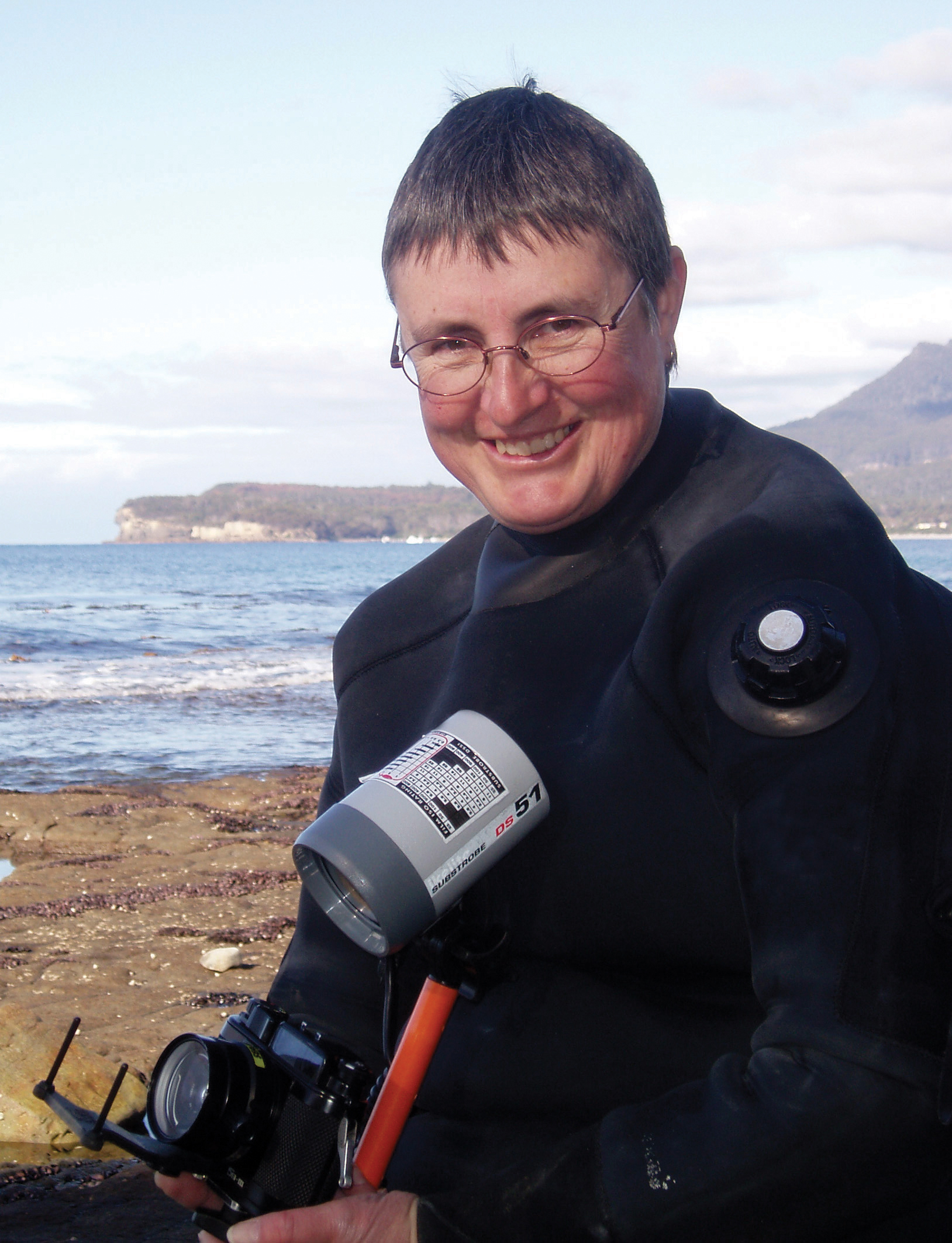 Karen Gowlett-Holmes migrated to Australia from England with her family in 1965. Her love of the sea grew from regular childhood fishing trips with her father. She started scuba diving in 1976, and has become an international award-winning underwater photographer. A leading Australian marine biologist specialising in benthic invertebrate animals, her passion is exploring and documenting the temperate marine biodiversity and disseminating that knowledge to her peers and the wider public. She has had a dozen new marine invertebrate species named after her. In 2009, Karen received an award from the Australian Institute of Professional Photography in recognition of her “Excellence in Photography & Contribution to the Industry.”