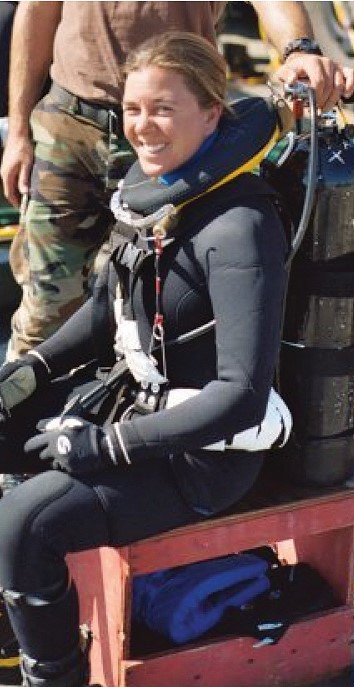 Lynn joined the U.S. Navy in 1990 and became a Construction Electrician with the legendary Seabees. Deploying several times and serving in increasingly responsible assignments, she rose quickly in rank. She completed the rigorous requirements to become a Navy Diver in 2003, the fourth female Seabee Diver and first female Seabee to qualify in two elite special programs, as an Underwater Construction Technician and a Mobile Utilities Support Equipment Technician. In 2007 she was selected as the Sailor of the Year for Underwater Construction Team 2, and was hand-picked to represent women in military diving in a 2009 Navy recruiting video. In 2012 she was awarded the Master Chief Anna Der Vartanian Leadership Award and toured with the Vice Chief of Naval Operations and several women naval officers during Women’s History Month and International Women’s Day to recognize women in visible leadership positions and to serve as role model and for others.