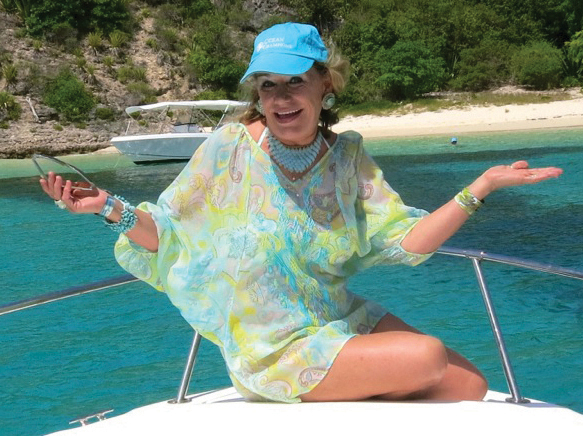 Owner of FantaSea Island Divers in Antigua, Martha is a PADI Master Instructor, teaching for 30 years. She is a Platinum Pro 5000 diver, member of the American Society of Media Photographers, and author of two books, A Diving Guide to the Eastern Caribbean and Shipwrecks of the Caribbean. As 10-year president of the Eastern Caribbean Safe Diving Association she was instrumental in obtaining the first chamber for the eastern Caribbean. She has served as diving officer for the Antigua and Barbuda Historical Society since 1990, is a member of The Explorers Club and has worked on films with Stan Waterman for over 25 years. she served as President of the Women Divers Hall of Fame from 2005- 2008 and is now WDHOF Fundraising Chairperson. She has been recongized by the United Nations ENVIRONMENT PROGRAMME WHO'S WHO OF WOMEN AND THE ENVIRONMENT for her environmental efforts. In 2010 Martha was presented the WYLAND ICON AWARD and in 2011 THE DIVER OF THE YEAR, ENVIRONMENT from Beneath The Sea.