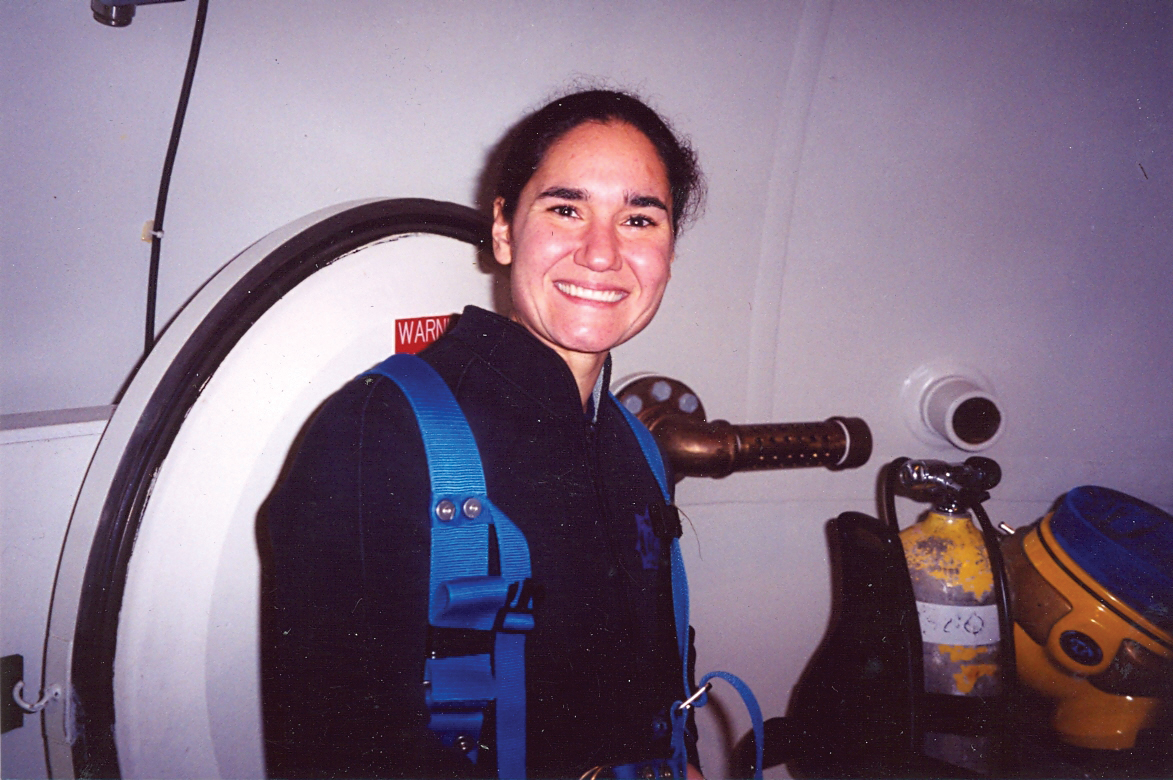 Roseanne became the third woman Seabee to graduate from Second Class Dive School in April 2000. She also attended First Class Dive School in 2004 and graduated at the head of her class. From there she went on to become the first and only enlisted woman in the U.S. Navy to become the Officer in Charge (OIC) of a Diving Detachment in May 2009 and led her 15 man team through a grueling 6 month deployment to the Pacific theater. Chief Engineering Aid (Seabee Combat Warfare/Diver) Oliveros has volunteered twice for duty in Iraq, deploying for six months at a time in 2003 and 2007.