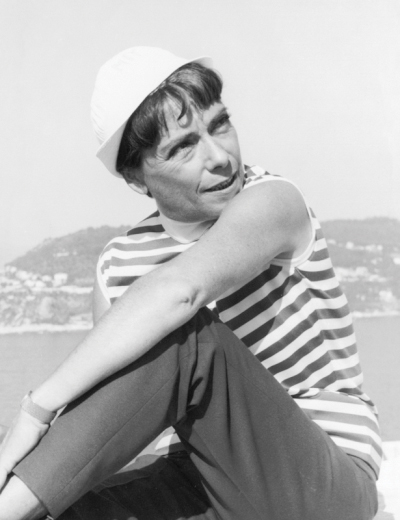 (deceased) Simone Melchior Cousteau was the daughter of the Director at Air Liquide - the company which was to become the mother corporation of Aqua-Lung. In 1937, She married French naval officer Jacques-Yves Cousteau, and her father introduced Cousteau to Émile Gagnan, the engineer who developed the first on-demand regulator. The rest is diving history.Simone was very much a pioneer scuba diver in her own right. Figuratively and literally the First Lady of the Ocean she was the first to observe the design and manufacture of an air tank and apparatus with hoses attached to breathe air while underwater. She was part of the team that tested the Cousteau-Gagnan prototype regulators, and as a free diver she witnessed Jacques on his first underwater excursion using one in the Marne River outside Paris. Within hours she used the same rig to become the first woman to use scuba and participate in events that could truly be considered as the birth of modern scuba diving. Simone went on to play an essential role in the development of scuba diving technology as well as undersea operations. A passionate diver, she was a full member of the team that eventually became known worldwide for the films that literally established scuba not only a sport but also an essential tool for exploration, science, military and commercial operations. Acting as mother, healer, nurse and psychiatrist to the all-male crew of Calypso for 40 years, her nickname was La Bergere the Shepherdess. Simone was part of the team that filmed The Silent World, the first documentary to win the Palme d’Or at the Cannes Film Festival. In 1963 Simone Melchior-Cousteau became the first aquanaut when she visited the Conshelf II undersea habitat in the Red Sea.