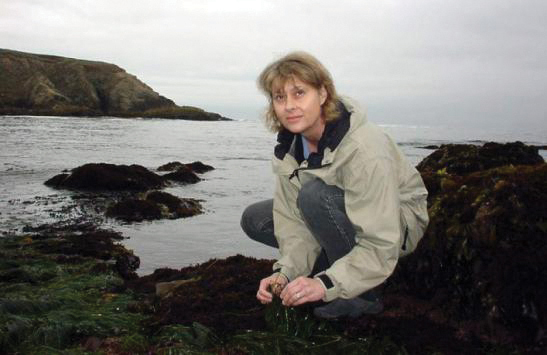 Dr. Susan Williams was an American marine biologist and Distinguished Professor of Evolution and Ecology at the University of California, Davis, where she directed the Bodega Marine Laboratory from 2000-2010. She researched and utilized her scuba skills in many marine coastal ecosystems (in particular seagrass, seaweed, and coral reef habitats) and how they are affected by human activities. She was a strong advocate for environmental protection, and was credited with helping pass legislation expanding the boundaries of Northern California’s Gulf of the Farallones and Cordell Bank national sanctuaries, increasing the area of federally-protected coastal waters.